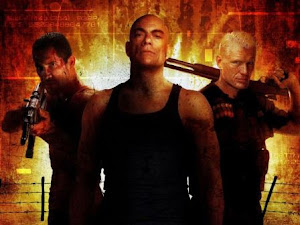 We're back in the UniSol Groove!

1- There's no cut on the back of his neck. Thus, he never removed any GPS/Hypnotic Chip.
UniSol Clones originally had the chip and you can see the scar on the back of their neck very clearly.

2- Luc Deveraux, for unspecified genetic reasons, is the most powerful UniSol ever. Stronger than the NGU. Stronger that "Andrew" (the first clone). Maybe stronger than John Two.
A cloned Luc would not be so powerful but on par with/inferior to John Two.

3- Luc needs cooling as always. The whole UniSol Church looks cold, you can see water pouring down from tubes. During the scene in which Andrew Third was preaching and giving his speech to the UniSols, you can see Luc totally wet - maybe after having undergone the cooling procedure.
UniSol Clones don't overheat.

4- During the fight with John Two, Luc addresses himself as "his father". Meaning he's the original UniSol template, the first generation. 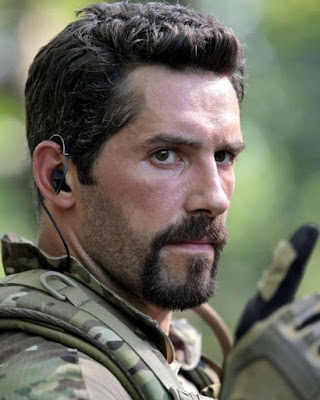 Response to this blog has been tremendous so far. I'm glad. Will keep up the good work for you.

I've made some poignant adjustments to Dr. Colin's backstory and his involvement with the events depicted in 'DAY OF RECKONING', given the fact there are few (and not so many) years in between DoR and 'REGENERATION'.

More ground to 'Day of Reckoning'

I just added more background to the events of 'DAY OF RECKONING' in the UniWorld Prime timeline. You will discover how Luc did manage to fly across the ocean to create the UniSol Church of Eventualism in America. Last time we checked, he was running off on a Siberian iced land...

I was almost tempted to insert the events of 'THE RETURN' in the prime timeline as an artificially generated virtual reality world created into Luc's mind and based upon his subconsciousness (an experiment), but most of the pre-DoR time Luc's mind has been a white blanket and that wouldn't be plausible I guess.

I'm planning to write a new section dedicated to the UniSol gear. I'm still trying to understand how the controlled brain of a Series 9 model (Magnus) works...

See you on the battlefield. 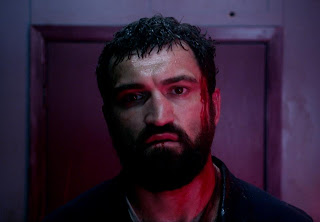 Welcome to this page

More contents about the (four) world(s) of Luc Deveraux coming soon. You're 100% welcomed. As far as I know, this is the only site dedicated to the UNIVERSAL SOLDIER movie franchise.

Visit the forum too:

Thank you and have fun.